Q: What is the meaning of the Eight of Cups?

For me, the Eight of Cups is all about how we deal with problematic situations … and by “deal” I mean running away from it. It is a card full of disappointment and regret. This isn’t about being judgmental; the world is full of horrible, no-win situations that only get worse the longer we stay with them. It’s why we have the term, “Survivor’s Guilt,” which often accompanies PTSD. Free will can only take us so far. Or, as Goldsmith reminds us: “He who fights and runs away/ May live to fight another day;/ But he who is battle slain/ Can never rise to fight again.”

That might be true, but often it does not heal a spirit broken by shame and guilt. They say you never know how you’ll react during war until you’ve actually fought in one. I haven’t. I’ve been nearby but that’s not the same. A memory of my time in Peace Corps came back to me yesterday so I wrote this:

Once, while drunk (I was always drunk) some chums

and I drove to the outskirts of Artsakh,

“to watch the fireworks.” Back when my eardrums

and green. The border guards turned us away.

Being dumb we parked on a hill to eyeball

the «pff-boom» flashes down in the valley.

fell. We drank … numbing their rage and fury.

Armenia and Azerbaijan have been fighting for decades over an area of land called Artsakh (formerly known as Nagorno-Karabakh). While geographically it has been claimed by Azerbaijan its inhabitants are Armenian and since the fall of the USSR Artsakh has been a democratic republic, mainly unrecognized by the rest of the world. The First Nagorno-Karabakh War lasted from 1992–1994. I was living in Yerevan in 1997 while shelling and guerrilla warfare were still going on. It wasn’t the only military conflict happening in the area, though. That same summer I watch plumes of smoke billowing from the foothills around Mt. Ararat as Turkish troops battled Kurdish resistance fighters. 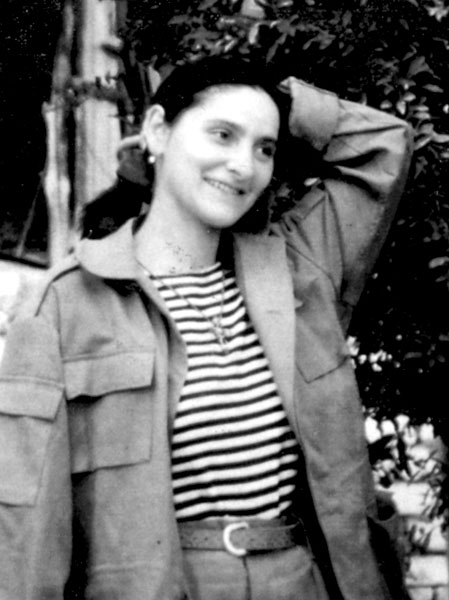 ≈ Comments Off on armenian soldiers during nagorno-karabakh war