people. Not all loss is the same. Absence
is pure fate for them, born for the Furies

that break city’s bones. You weren’t expecting
that. Fate was. Furies will help hook comely

scars in your flesh, nightmares in your dreaming.
Fate can’t help but love you, dear soon-to-be

survivor. All your talk of abstinence,
praxis and law means nix once Furies gut

man from man-made. Chaos is the virtue
gods call divine; all else is ego. Once

you claimed to be saved but from what?
Not this. Can you sense it coming for you? 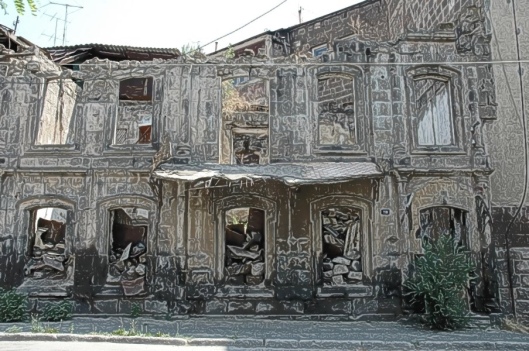 I call this home.

≈ Comments Off on ruined building i call memory 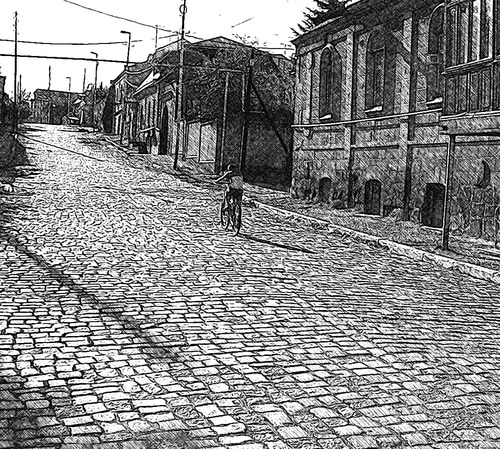 riding into the sunset on the streets of Gyumri

≈ Comments Off on ghost city of my soul 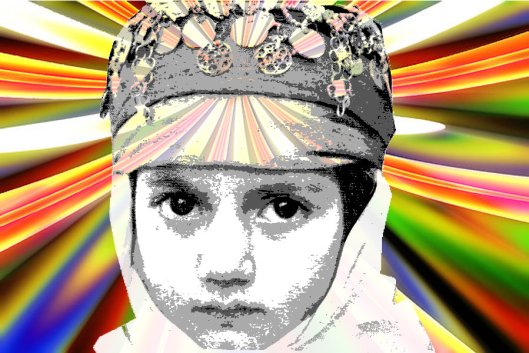 I.
I was twenty-six when my neighbor sold
me his daughter. She was twelve, he explained,
and if I didn’t pay drams, dollars or gold
for her, the brothel in town would. He feigned
sorrow at such an act, though my neighbor
had been happily drunk the day before.

I was an oddity: a foreigner
living alone. I despise the word whore.
Pimps are poltroon dogs. But at twenty-six
I was easily confused; too frightened
that I would become the sort that inflicts
hell on a girl by saying no. Orphaned

for a month worth of cheap vodka, I paid
$82 dollars for her. All that night

we cried, sitting in my one-room hut; prayed
that there was some quick answer to make right
things that are neither. I could barely speak
her odd, harsh language. Nar knew no English.

She owned one dress, but no shoes. All that week
I went clothes hunting; hoping to furnish
for her at least underwear. But no one
sold such things at the market. Malnourished

and lice-ridden I shaved her. Her fallen
mane writhed upon the floor. Nar’s small, anguished
face looked foreign like me without her hair.

All that week she did not speak; lay in bed
and cried and cried. All that week my despair
deepened too. It was as if we had known
there was no easy out. I bathed her clean
and fed her full of lavash, khorovadz
and tahn. Even so, I felt obscene,
queasy, with my stomach tied up in knots.

II.
Nar will visit me sometimes. It took me ten
years to quit blaming myself. I never

have stopped blaming myself. Again, again,
again; the whole sick night, like a fever,
returns. Sweating and shitting and throwing

up all I gave her, Nar grew weaker, day
by day. I had no medicine, nothing
to ease her pain. Neighbors all stayed away;

even the bastard who had sold my Nar,
my lost Tsovinar, to me. Each visit

of hers is bitter-sweet. She travels far
for a boy who went mad; burnt down his hut,
got sent home in shame. I’ve never forgave

myself for leaving my Nar in her grave.

The name Tsovinar (Ծովինար) is very ancient and very sacred. It was given to one of the pre-Christian deities in the Armenian pantheon. Tsovinar, or Nar, is the goddess of water, sea, and rain. A fire creature, she forces the rain and hail to fall from the heavens with her fury. Her name translates as “Nar on the sea.”

The Armenian monetary unit is called the dram. I also use several words in the poem which are the names of various Armenian dishes. Lavash (la’vash), bread of the gods, is soft and flat and when made by hand is rolled out and slapped against the walls of a clay oven. Khorovatz (xorovatz) is the Armenian word for barbeque and is often served using chunks of grilled meat rolled up in lavash. I found it similar to the Middle Eastern shawarma. Finally, Tahn (t’an) is a sour milk soup prepared by diluting yogurt with water. Often in Gyumri cucumber and dill were added.

Armenia, ghost city of my soul, Gyumri, orphan, sky child of my heart 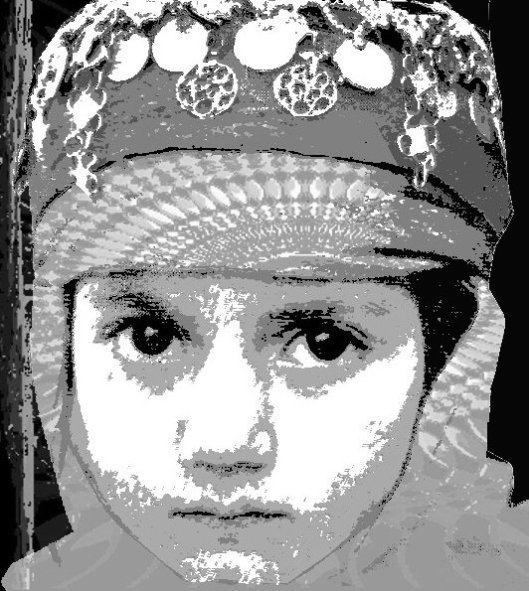 sky child of my heart

≈ Comments Off on sky child of my heart

ghost city of my soul, Gyumri

“Love and music go hand in hand. If there is love there is music, and there is no music without love. Let your life be filled with love and music!” — Armenian toast.

Today marks the 23rd anniversary of the Spitak Earthquake (1988). The northern city of the country of Armenia, Gyumri, was completely destroyed by a massive earthquake, killing over 25,000 people in 4 minutes. The city has never been rebuilt, but less than 7 years after the quake I found myself living there as a Peace Corps volunteer. I spent two years working in a state orphanage for handicapped babies. I consider Gyumri to by my adopted city, a ghost that never leaves me, no matter how far I am from it. As they say in Heyerin (the Armenian language) “kenats, em enker-jan, kenats,” to your life, my dear friend, to your life.