Say what is true: the sky darkened. Your name
was Yu Na, hand on your neck, pressed against

your back, hard deep fast enough, hips became
bruised; your parents slept in the next room. Tensed,

you bit my arm as you quaked. Tomorrow
you’ll be gone with your parents on the next

leg of your holiday. In the afterglow
I could not read your face: content? perplexed?

mesmerized by the rain against the pane?
Once you’re gone I shall walk through Istanbul

in the Old Quarter. Do you still recall
all that we did: kisses, pleasure, cocaine?

Now what is true: sky storm, I was sick-ghoul
thin and you tasted of grief and menthol.

Notes:
So let’s say that you take a big red autobus from Yerevan to Istanbul (back in 1997) then you’ll pass through the mountains of Georgia and all along the Turkish coast of the Black Sea (which looks surprisingly like the coast of Baja Mexico, except all the towns have minarets in them). The bus, filled with Armenian merchants with their wares to sell in the markets, ends up at a curved street near the Spice Bizarre and the Blue Mosque in the Old Quarter of the city. The hotel that everyone uses, The Golden Horn, has people from all around the world. Next to my room was a family from Seoul. Across the street was a restaurant that specialized in pilaf and curry. I spent two weeks in Istanbul during my winter holiday while in Peace Corps. I crossed over the Galata Bridge that spans from Europe to Asia every day. Hrant Dink was still alive. I wasn’t healthy and when I finally returned to the city of Gyumri, Peace Corps administration had me “psycho’vac’d” to Washington DC. I would arrive in back in America, damaged, on March 10, my 27th birthday. 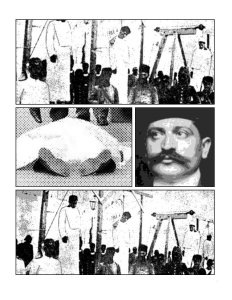 Posted by babylon crashing | Filed under Armenia, story without words

≈ Comments Off on assassination of hrant dink